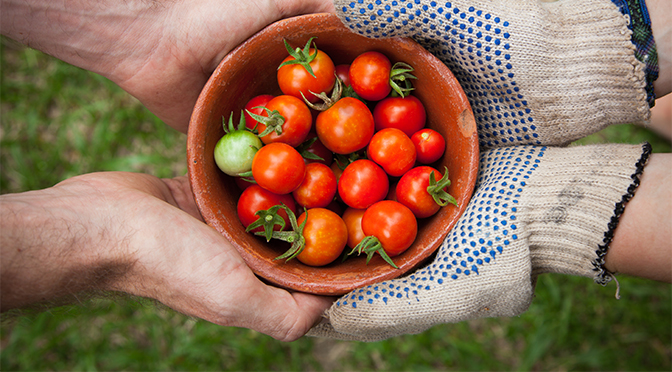 ‘If I can reduce my living expenses significantly that’s as good as making money.’ says Werribee singing leader, Steph Payne, who recently established ReciproVocal, a Barter Choir where instead of paying a termly fee to join, participants are invited to share and exchange skills and trades and even sing for their supper. (Steph dreams of dentists, desperate to sing, and who wouldn’t?)

At ReciproVocal, your money won’t get you anywhere! Steph’s vision is for the group to experience not only the bond of solidarity and support for each other common between members in community singing and music groups, but to educate themselves in ways of bartering and skills exchange that will extend out to enrich and sustain the wider community in unforeseen ways.

The idea for ReciproVocal germinated from a seed sewn at an inspirational workshop run by community facilitator, Debby Maziarz, at the Wyndam Arts Incubator, in Werribee. The workshop focussed on bartering and the establishment of mutually beneficial connections between artists and businesses, an idea that resonated heavily with Steph, inspiring a steep and positive learning curve. While she is in no doubt about the sense in trying this ‘revolutionary-retro’ approach, Steph acknowledges that she, herself, had to learn a lot of lessons in the lead up to the launch of the singing group, and that other people may also need time to come around to the concept:

“There needs to be a huge amount of education around bartering and trading. People can’t see how bartering fits into their world because they’re used to a money based currency.”

Steph has also noticed that even amongst her existing  network of singers and ukulele players all keen to continue working with her, there is often the initial response of ‘but I don’t have anything to trade.’

“But they do! We are all so used to being valued monetarily and comparing ourselves based on what we have. People just don’t realise they have loads of things to trade and that you’ve got to look at it more creatively.”

To encourage new participants to dip a toe in the ReciproVocal waters, Steph is willing to accept money from her singers to begin with, gradually introducing the barter model as the group grows and develops its collective understanding of a non-monetary based currency.

“We’re all fixated by the concept of money. On the one hand it’s a leveller because everything has a monetary value, it’s very open and clear and you can see what you’re buying into. But on a whole lot of other levels it’s incredibly unfair and messed up. Money’s convenient, but it’s a real trap and it only gives things one value, when certain things hold much more.”

A significant piece of the sociological scaffolding required to support the bartering model, is trust. Trust in the validity of the concept by the participants is crucial, and belief by Steph that the services and goods offered will be forthcoming in the way they are promised is important too. A clear, shared understanding of the need for mutual boundaries between the definitions of professional and personal space between members of the group is equally important. This line in the sand is necessary for the sake of all participants because the variety of tendered tasks require varying degrees of access to areas of each other’s lives.

And while response to the idea of ReciproVocal has been hugely positive Steph believes it will be a slow burn to reach a sustainable level of interest, and is prepared for this to take time.  She’s excited by an awareness that the more people she can engage and educate about bartering, the more likely it is that there really can be a functioning level of trading going on, with the possibility of a real alternative economy starting in Werribee.

To help people get their head around the type of things they can bring to the table, there’s an area on the ReciproVocal website which offers examples of what 8 weeks in a choir is worth. Steph has supplied this as a guide to allow people to work out for themselves the equivalent ‘value’ of what they might like to offer.

Again, a sliding scale of value applies because the value is not just monetary. It’s not as simple as being a term’s worth of singing valued at $150. Singers might offer a service which will save Steph time, or produce something she needs or simply just wants, or be able to arrange a lead into further work for her. The option of third party trade also exists. For example, you may not be willing to mow Steph’s lawn but you might know somebody who is for whom you can babysit, who will then mow the lawn and the chain of exchange grows longer and more embedded.

Steph is always looking to enrich and develop communities through the groups that she runs. It’s a strong part of what drives her. In the past she’s run a singing group in a pub because of the immediate social set up, and she’s hopeful that Reciprivocal will grow to enrich the community in a myriad of ways. Her hope is that once people are engaged in the trading and bartering concept, they will extend those terms and values of collaborative, sustainable living to each other, and eventually to people and life situations beyond the singing group:

“There’s a great level of satisfaction in getting your needs met in a way that’s not financial. As a person with something to offer, as a product as a service, any of us have a choice in how we exchange that. We have our needs, we have our resources, it’s about how to match those two things up. “