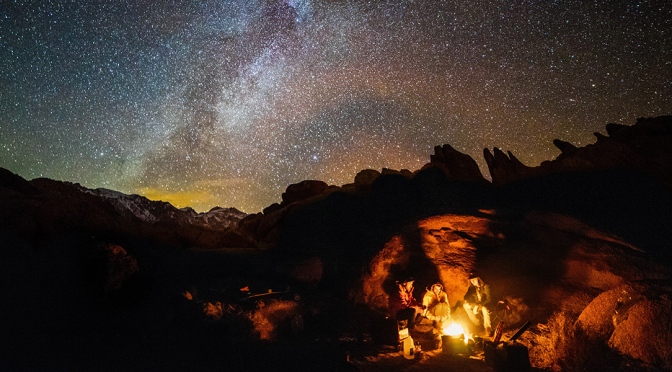 ‘Non-stop Australian folk music’ was the soundtrack to Martie Lowenstein’s childhood. Martie, whose mother Wendy Lowenstein was an author, oral historian and co-founder of the Victorian Bush Music Club, is now using the folk songs she heard as a child and incorporating them into an online music history course called ‘History of Australia in Song 1788-1988’.

“Mum loved Australian history and folk songs. She started the first folk festival in Melbourne, and used to edit the magazine called Australian Tradition which published both traditional and contemporary Australian songs and folklore, so yeah that was her thing!”

In 1969, our whole family travelled around Australia for a year while my mother recorded everyday  peoples’ life stories in the outback, and these songs and stories would play in our small house as she was writing her books. Earlier than that, we used to go to monthly sing-alongs and bush dances run by the Victorian Bush Music Club so I’ve been familiar with traditional Australian songs and music since I was around 7 or 8 years old.”

Apples seldom fall far from the tree and earlier this year Martie decided to go back to her roots and incorporate her family’s love of history and the folk tradition into her own work as a singing leader:

“I run a singing group down here called “Sing till you Grin”, (on the Mornington Peninsula) and I was getting a bit bored with people wanting to sing the same songs again and again, so I asked what Australian folk songs people knew and they came up with Peter Allen, The Seekers, John Farnham and Waltzing Matilda.  Nobody came up with what I would call real Australian folk songs and that’s when I got the idea for the course.”

The result is an 8-week blend of singing and history following a chronological timeline, and is delivered via Zoom. The songs are short and easy to teach and Martie finds the weaving of history with music suits people who don’t necessarily consider themselves singers or musicians. “We sing for fun”.

“”We cover 200 years of what life was like throughout Australian history, using Australian folk songs, poems and real life stories from 1788 to 1988. The sessions cover a mix of well-known and unfamiliar Australian bush songs, poems and a few of Mum’s real life interviews that are now held in the National Library. That leads to interesting group discussion. I start with the convict era songs, then there’s a week on squatters and settling the land… people really love the bushranger songs, and the bullocky songs.  Banjo Patterson and Henry Lawson are the ones they often remember, then through to Slim Dusty and Men at Work. We sing about the gold rush, and of the struggles of the adventurous people who chose to come here to make a better life.  Ordinary people had a tremendous struggle in our rugged environment.”

Along the way, Martie invites contribution from participants and encourages the telling of family history-stories, outback Australian experiences, favourite Australian poems and songs. Every participant gets a copy of the Joy Durst Australian Song Collection to take away and enjoy. (This songbook with music chords and lyrics is available free from the Victorian Folk Music Club website.)

“People will say ‘oh my great-great-great-great grandfather was a convict’ or ‘my grandpa was a settler on this place but lost his land’, so I just let people talk and often they’ll share how their ancestors had this tiny little property but couldn’t make a go of it over here. One lady had an ancestor who came over as a convict. I believe we really don’t know our own history  well, not in-depth, about what conditions were like, what droving was like, what being a convict was like, or being a woman alone in the bush whilst her husband went out droving or shearing to make ends meet.”

Martie addresses the consequences of this period on Indigenous Australians and how colonialism derailed and disrupted Aboriginal life but the emphasis  is on the telling and sharing of White Australian history, as this sits within her own frame of reference.

“We discuss the role of slavery on the cattle stations and how it was the Aboriginal stockmen who kept the Australian cattle industry going, and about the Aboriginal women who were taken off as drover’s wives. I am very familiar with teaching  the white history of Australia but not having the background in Indigenous history or music, we do listen to some Indigenous droving songs but I feel  that’s not my story to tell.”

For song references Martie resorts to rifling through her own record collection and also finds inspiration from the website of cultural historian and singer-songwriter, Warren Fahey.

“Warren is a prolific folklorist  who has written and recorded so many Australian folk songs covering all these topics.  And his amazing website incorporates all the history and stories behind our  folk songs.”

Martie ensures that the singing component of the course is simple, easy to pick up and easy to teach. Many of the songs are singalongs she used to sing around the campfire as a child, her father playing guitar under the stars.

“Because Mum was well known in the folk music industry there would always be lots of people over at our house so I’ve sung from childhood and I think singing for the joy of it – not to perform or for anyone else – that really comes from being round the campfire when we were camping as kids.”

For Martie, the beauty of the folk genre lies in the telling of simple stories about everyday life, the tapestries from and by which we are woven into the history of unremarkably remarkable things.

“I think that’s the beauty of folk music, it is literally of the people, for the people; it’s about taking everyday peoples’ music and stories and bringing it into this time. It’s freely available, in the public domain and I’d love to see it used more extensively for community music making.”

One thought on “Singing Stories for the Fun of Folk”