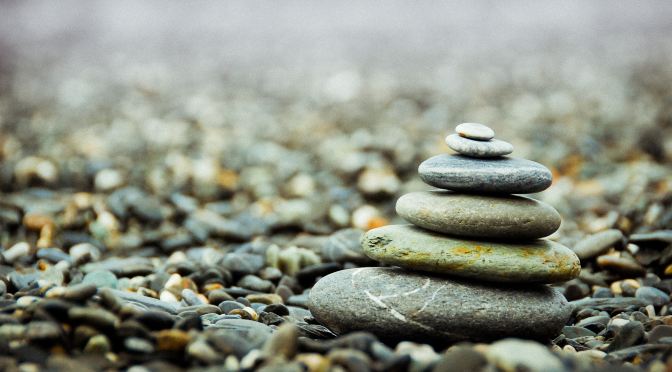 Not so quietly getting on with singing together in a little corner of its community is the Castlemaine Peace Choir. A beloved group, not particularly well known outside of the town, its spirit is forged by the values of inclusion and compassion which underpin it and are its reason for being. Peace Choir is a free, no-obligation community choir funded by philanthropy.

The Peace Choir was born after a couple who manage a small philanthropic fund within the town made it their mission to embrace the people who look on from the sidelines of society, marginalised from the offerings of the mainstream because of mental illness or intellectual disability, and bring them into the frame. Motivated by the effects of a profound personal loss, they approached the district’s community house, mental health support groups and disability services about establishing a choir.

They approached community singing leaders, James Rigby and Jane Thompson, who were aware that they were  running groups for people of a certain age and demographic from within their town: “We always said they were open access, anyone-can-join choirs but we just knew we were missing a whole lot of people who would have benefitted from the experience that these choir members were having.”

A minister in the town who was helping to coordinate the whole process gave the Castlemaine Peace Choir its name, something James says has been ‘an absolute gift’: “Many people with mental illness are just looking for some internal sort of peace, some stillness. It’s ended up being absolutely a choir for people who feel on the edge and there are also people in the choir who are there because they want to interact with these people who are on the fringes. We’re creating a space that actually and selectively recruits in the corners.”

People who work in the disability services in Castlemaine are aware of the choir. If you live in the district and you suffer from a mental illness, you’re quite likely to be referred to ‘Maine Connection’ and the fellow who runs that group is also on the organising group for the Peace Choir. This means it’s only a matter of time before he’ll say to somebody, ‘well look, why don’t you come along and have a sing?’ There are no processes or paperwork involved and its recruiting methods are pretty organic: Sooner or later you’re going to run across somebody in the town who has heard of the Peace Choir who will invite you along for a sing. “It’s a self-perpetuating thing.”

“We run from 5:30 with a late afternoon tea; then sing from 6-7. That afternoon tea is the best fruit you can get in the district; really beautiful, quality food from the local suppliers, delicious cheeses and good bread, it’s not flashy or extravagant but it’s wholesome and nourishing. A lot of people in this cohort are used to cordial and a plate of mixed bickies when they go to things, so to be able to off them decent, quality food is a way of saying ‘we’re going to look after you here’, and it’s extremely levelling. We eat for half an hour and that’s when all the catching up goes on. “Every time I walk into that gathering my heart just warms, you see this quite extraordinary mix of people carrying on like old friends. Nobody new is ever left on the outskirts. It’s all very low key but I don’t think there’s any chance anyone in this room would ever feel not attended to, or not cared about.”

“We had a guy in the choir for a while who was floridly psychotic, he was very heavily tattooed and he had a very intense flat aspect to his face and he was lean and dangerous looking; he used to just stand up and sort of prowl during the sessions and start pulling off martial arts stances. He looked like he was about to kick someone’s head in but people in the group would settle him down and he kept coming back for a couple of years. For a time we were able to give this fellow a connection to his town and an introduction to some people who would continue to care for him. He could be an intimidating presence around our town and yet the choir was a place he kept coming back to, somewhere to be present with a group of people who were all happy to have him in the room. We were all a little bit uncomfortable but a little bit of being uncomfortable is a good thing for you, I think.”

James used to be an Emergency Department Nurse at the Royal Melbourne Hospital and has plenty of experience of people disrupting a situation: “I’m not actually scared by scenarios where people come in demanding attention. I guess I’ve worked in places that have been full of very scary people on many occasions and I’m not frightened of people with mental illness or who demonstrate extreme behaviour. The number of people who are actually dangerous is vanishingly small. And there’s a massive amount of compassion and care among the Peace Choir singers. If I have to take somebody outside to calm them down there’s a whole lot of people who have got my back, I’m not going out on a limb or doing this on my own.”

James thinks the choir’s repertoire is absolutely the guts, the heart of the whole thing. “We sing a lot of songs about taking care of each other, caring about other people, and we’ve got some old folk songs from back in the era when peace songs weren’t unfashionable.”

But it’s digging into songs written by Indigenous musicians such as Archie Roach where the group finds relevance. “The group can really see and identify with the marginalisation which comes with being Aboriginal and living on the fringe and songs written about coming from an underprivileged demographic. We sing songs like ‘We won’t cry’ from Archie Roach and they’re songs about resilience and strength and the choir just totally gets it.”

Another important aspect of the choir there since the beginning is that people come along with their carer, whether that’s their mum, their sister, or whoever: “Every song we sing has an affirmation of the experience and the aspirations of the people in the choir”.

One of the singers in the Peace Choir is David, a man in his mid-30s, who comes along with his mother. David has autism and is nearly non-verbal although he has been known to burst into song in the supermarket. “David is a gentle, beautiful looking man, but vocalises with squeaks, grunts and whistles and makes all these crazy noises through the singing of these sensitive songs about peace, and nobody in the room turns a hair. David’s part of the group and if he’s making noises, good on him, we don’t care.”

At the end of David’s first year with the choir, his mother wrote a letter to James and Jane. In the time since her husband had died, this woman had never been able to do anything without wondering first what she was going to do with David. The Peace Choir was the first time in their life that they had been able to go and do something together and be involved in a community activity together.

James spends a lot of the time teaching people to listen. “As the years have gone by, we’ve sung more and more quietly, we have a massive dynamic in the choir now, and here’s this bunch of people with every problem under the sun and it’s absolutely the most beautiful sounding choir I’ve ever worked with. I find myself in the middle of a tender song about peace or the Melanie Shanahan song, Walk with me, written about mental illness and about crying out for people to just please help, it’s very passionate, a really raw song and we just sing it soooooo beautifully and it’s so achingly tender. And I think ‘how on earth do you teach this lot to sing that song with such commitment or insight?’

I believe it’s because they really care about the people on the other side of the room and they’re really listening to what the other people are singing and nobody in the room wants to be the person singing louder than everyone else… They’ve just become the most incredibly beautifully tuneful choir; we keep shocking ourselves.”

The Castlemaine Peace Choir is run by James Rigby and has around 60 regular singers. It runs for 30 weeks each year on Wednesdays from 5.30pm and everyone is welcome.

Photo by Johnson Wang on Unsplash

4 thoughts on “The Peace Choir: A Sanctuary of Song in Castlemaine”